We are grateful for the guidance of our lineage lamas in an unbroken transmission from the Buddhas’ era. Here we present pictures of the lineage masters from the 20th and 21th century. 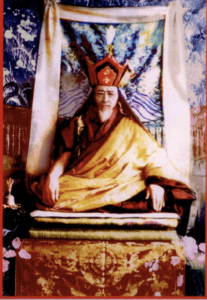 The people of the Churong clan offered Chadongri Monastery to Palyul Choktrul Rinpoche Jampel Gyepai Dorje (1894 – 1958/1959) when he and many other senior Rinpoches of the Gyalwa Palyul Monastery graciously visited them during a pilgrimage and teaching tour in 1946. 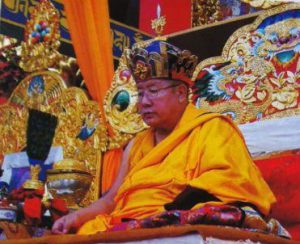 Kyabjé Drubwang Padma Norbu Rinpoche, 1932 – 2009, was the 11th throneholder of the Palyul Lineage of the Nyingma school of Tibetan Buddhism, and said to be an incarnation of Vimalamitra. Padma Norbu was formally enthroned by his root teacher,  the second Palyul Choktrul Rinpoche. He trained at the Palyul Monastery in Tibet. Drubwang Padma Norbu Rinpoche founded Namdroling Monastery in India in 1963, following his 1959 exile from Tibet. 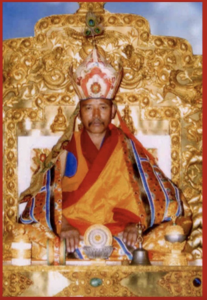 The Palyul monastery has numerous branch monasteries from which Tarthang Monastery is quite famous for its standard in learning and practice. It has been blessed by the presence of emanations of miraculous manifestations of the three supreme deities Manjushri, Avalokiteshvara and Vajrapani. The current throneholder is H.H. Garwang Nyima, the third Lhatrul Rinpoche and a manifestation of Vajrapani.